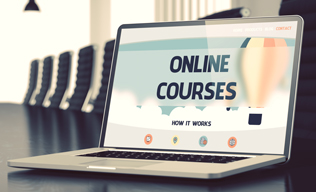 The concepts of Percentage and Unitary Method are introduced.

A general awareness of geometrical shapes and polygons like triangles, quadrilaterals and circles is created, so that in higher classes students can comfortably work on them. They also study lines and angles and their relationships like adjacent angles, supplementary angles, complementary angles and linear pairs.

Mensuration covers the perimeter, area and volume of regular polygons like square, rectangle, circle and triangle, and of 3-D figures like cube and cuboid.

Bar graphs and pie charts are introduced so that students may be able to read them and create them from simple given data.

Study of Numbers up to 9-digits

Edugraff works on the strengthening of the fundamental computational areas which need to be very firm and strong to help you brace for the oncoming topics. This requires solving worksheets and being alert to the Mathematics being used around you in daily lives. This is what the Edugraff focuses on. We also provide special training for students who wish to appear in competitive exams and for entrance exams of residential schools.

In CBSE class 5 online maths tuition, all the concepts taught in the lower classes(I – IV) are polished and made ready so that the topics taught in Class 6, which use all these concepts, can be easily understood. Students become adept in calculations on large numbers, decimals and fractions, finding factors and prime factorization which is used in many areas of higher Mathematics.

Since, students going to class 6 are assumed to be comfortable with all the basics of fractions, decimals and factors, therefore, these topics are covered quite comprehensively. They build the base for all calculations that will follow in the next classes.

Understand the concepts from the best online tutors in CBSE V Mathematics.

1. Why myriads of fractions and decimals in the class 5 online maths tuition syllabus?

Fractions and decimals are the bases for all calculations in Mathematics. The drill in primary classes is done so that when you do other topics which require calculations, you can focus on the new topics and the calculations can be done using the fastest methods and without errors.

2.   How much time should I spend learning Mathematics online?

Mathematics should be practised daily. In class 5, thirty to forty minutes of practise is sufficient but, if you want to take it a notch higher, you can give a little more time and ask your Edugraff teachers to give you some practice worksheets which will prepare you for Olympiads. Taking these exams will familiarise you and make you comfortable with the mindset of competitive exams.

I am a self-motivated ind...